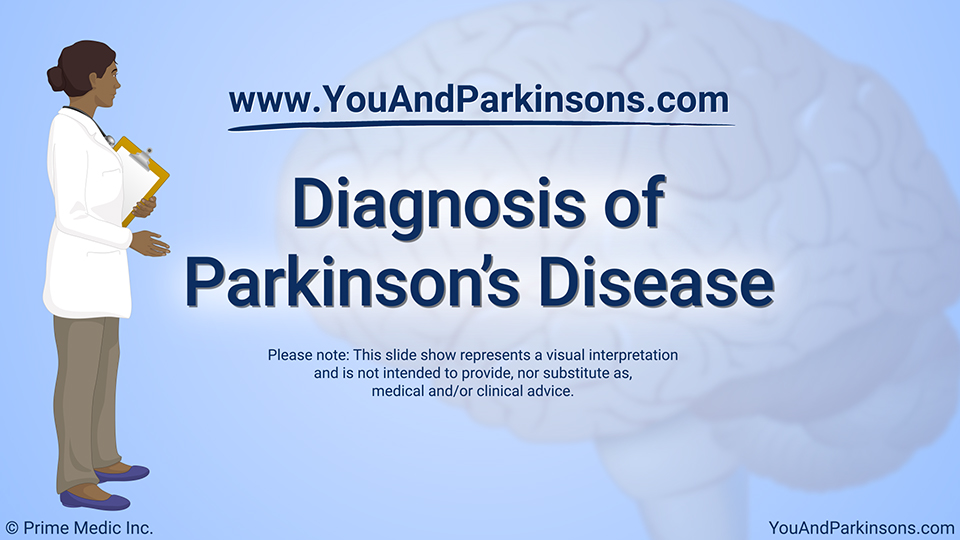 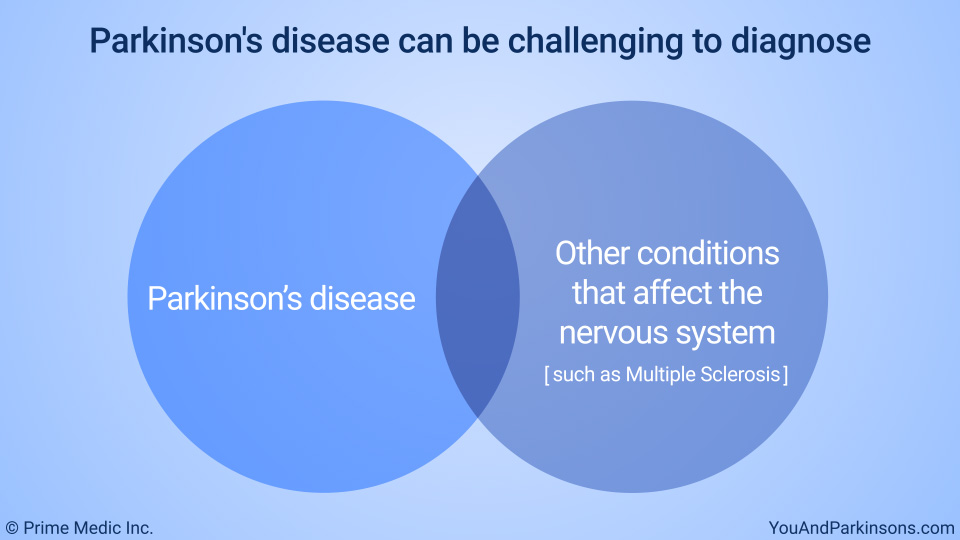 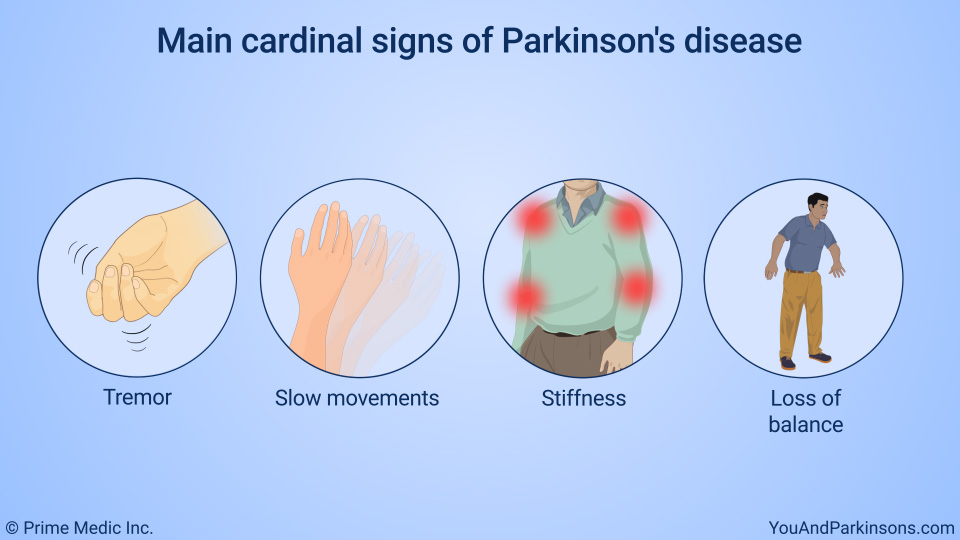 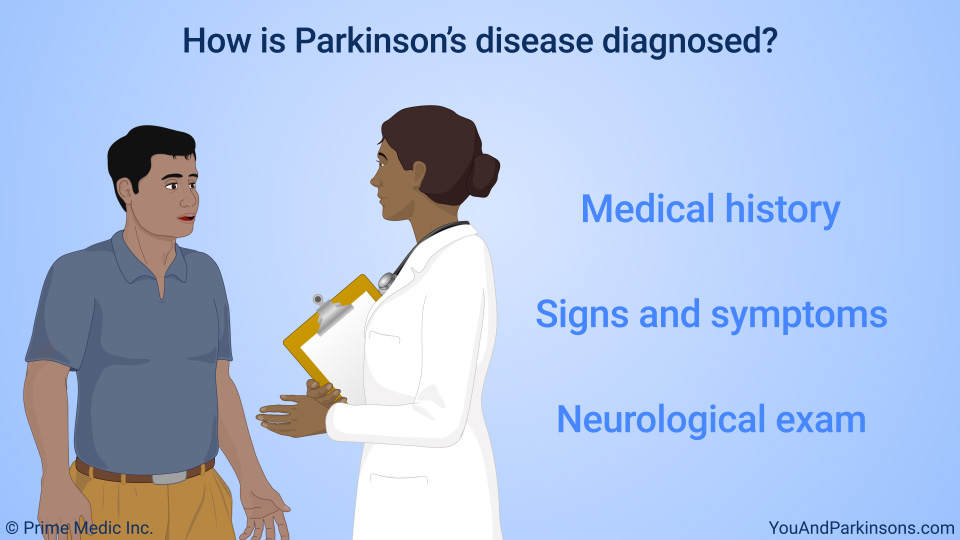 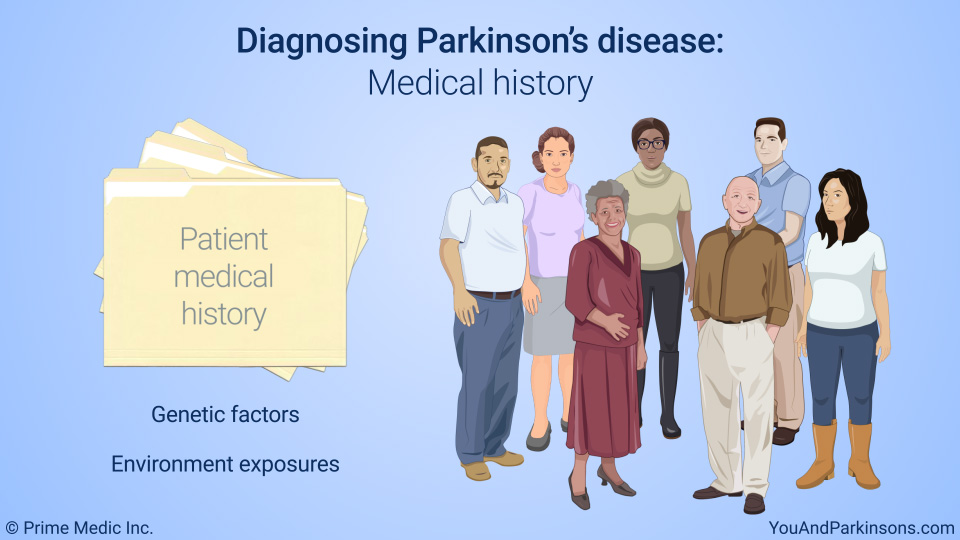 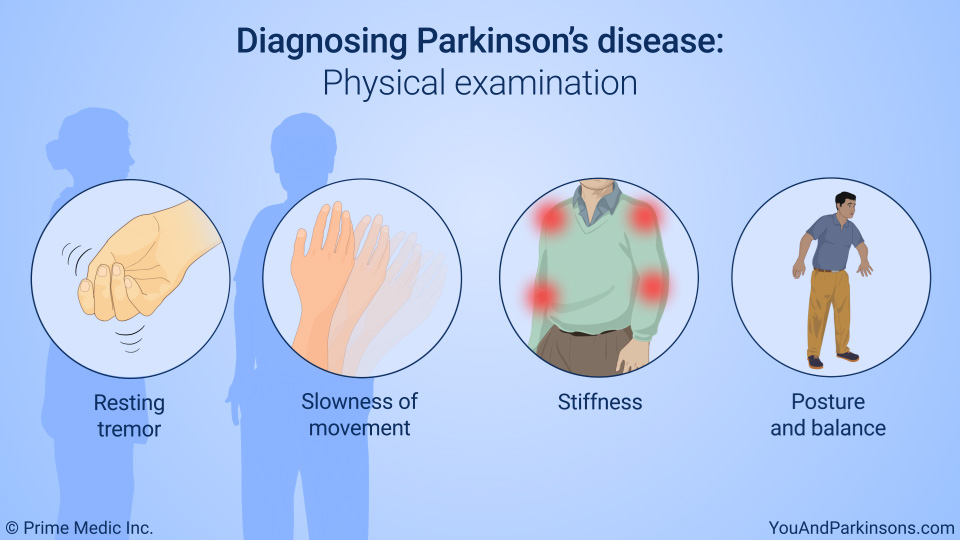 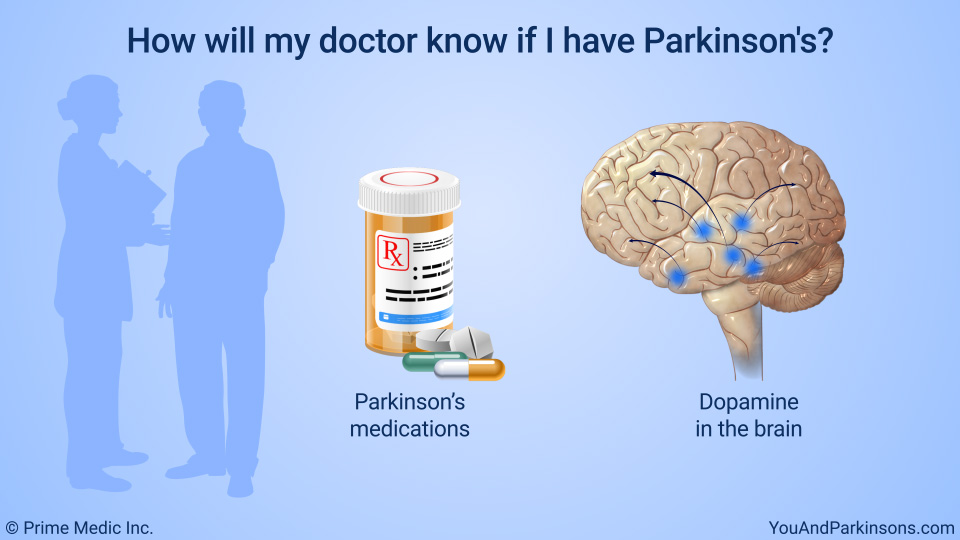 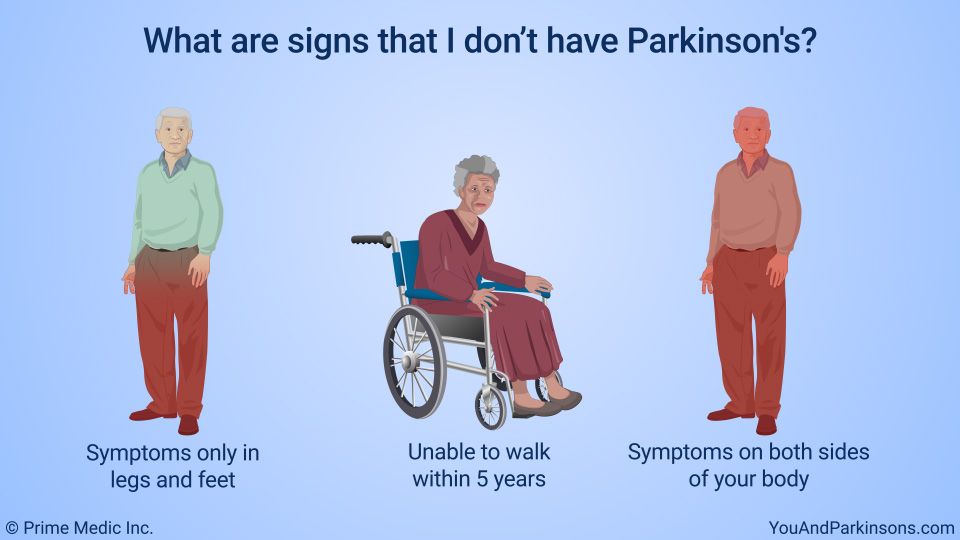 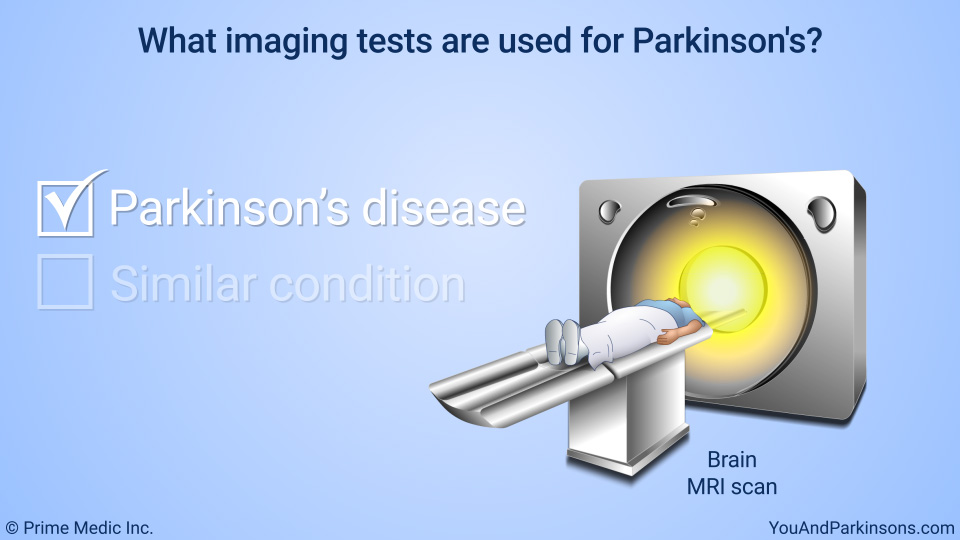 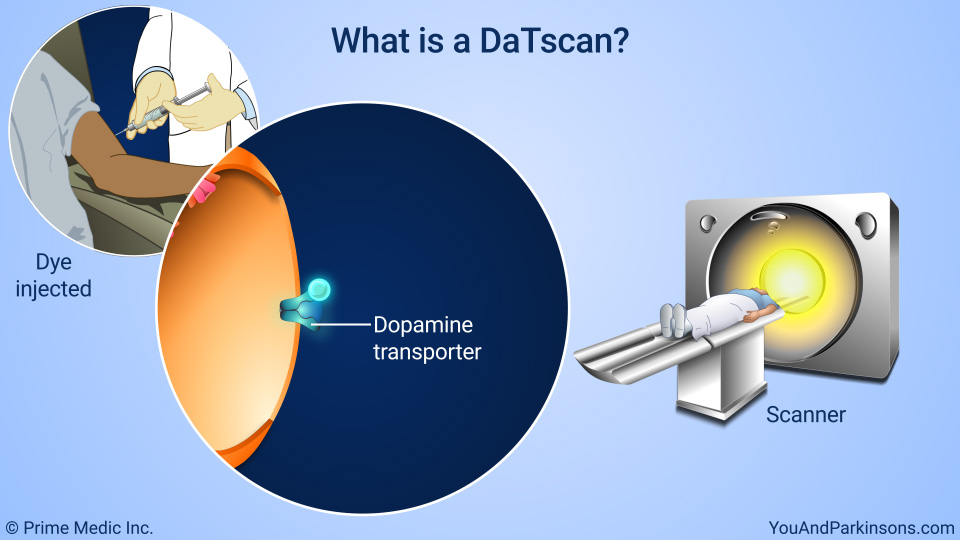 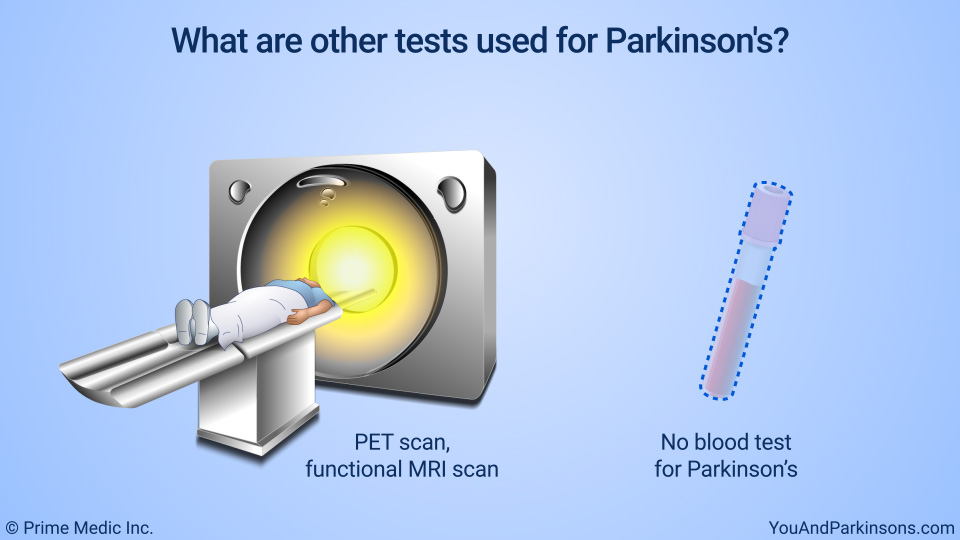 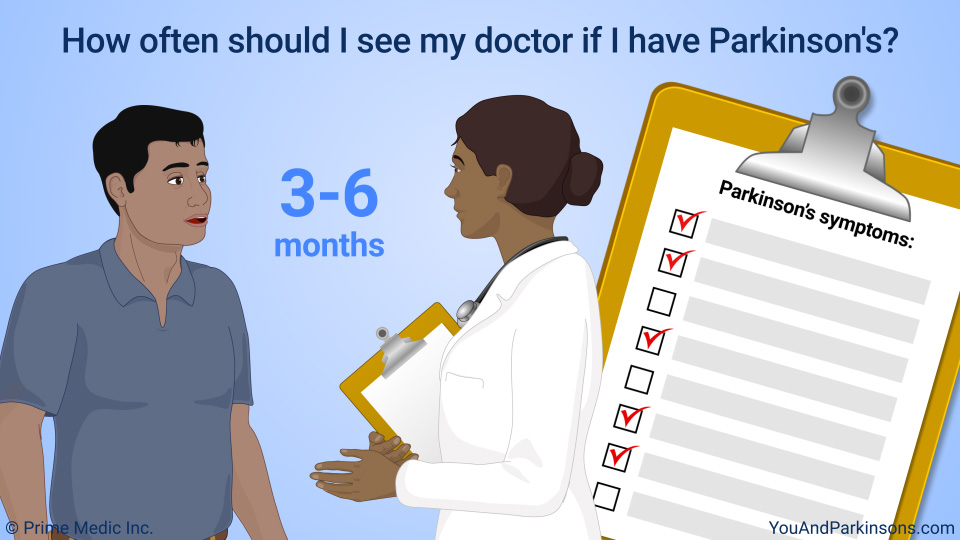 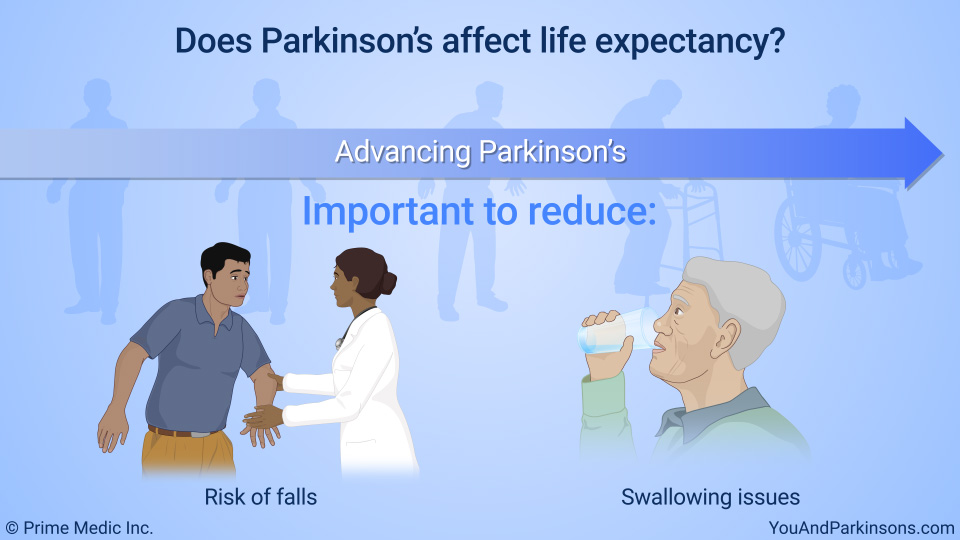 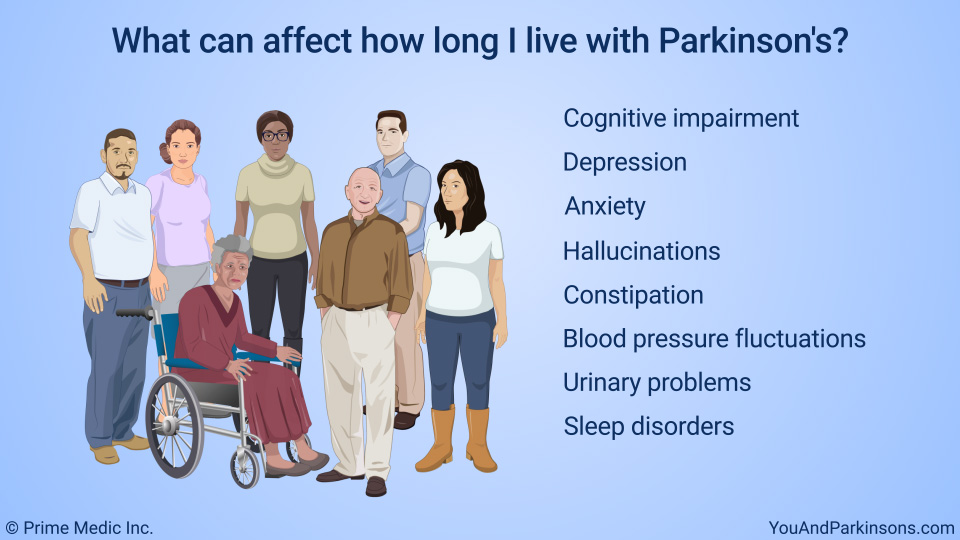 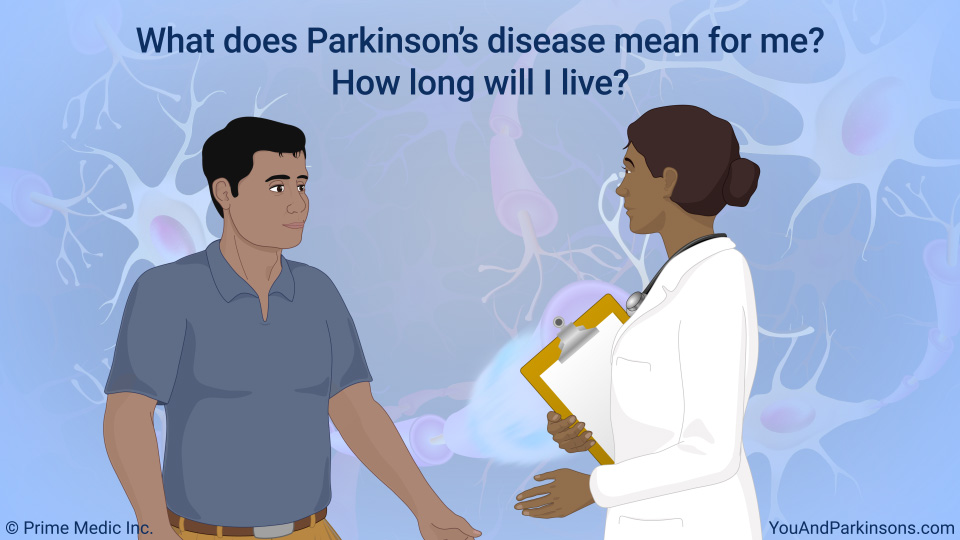 This slide show represents a visual interpretation and is not intended to provide, nor substitute as, medical and/or clinical advice.

Parkinson's disease can be challenging to diagnose

Parkinson’s disease can be challenging to diagnose, because it shares signs and symptoms with other conditions that affect the nervous system. For example, multiple sclerosis, or MS, can cause some similar symptoms.

The four main cardinal signs of Parkinson’s disease are:

How is Parkinson’s disease diagnosed?

There is no specific test for Parkinson’s disease. Your doctor will determine if you have Parkinson’s based on your medical history, signs and symptoms and a careful neurological examination.

To learn if you have Parkinson’s or another condition, your doctor may ask you a series of questions about your health and medical history. They will also ask about the health of other family members, such as your parents, grandparents, aunts, and uncles.

Among other things, your doctor wants to know if anyone in your family may have had Parkinson’s in the past. Most Parkinson’s is related to a combination of genetic factors and environment exposures.

Your doctor will also examine you carefully. This should include observing for resting tremor and slowness of movement that affects one side of the body more than the other, as well as checking for stiffness in your limbs. Additionally, he or she will look for any postural or balance issues.

The presence of 2 or 3 of these symptoms is suggestive of Parkinson’s.

How will my doctor know if I have Parkinson's?

In addition to the cardinal motor symptoms described earlier, your doctor may want to determine the response of your symptoms to Parkinson’s medications such as levodopa, which replaces dopamine in the brain.

People with Parkinson’s have less dopamine due to the loss of dopamine secreting neurons. Improvement on Parkinson’s medications further supports the diagnosis.

What are signs that I don’t have Parkinson's?

Signs that may be inconsistent with a diagnosis of Parkinson's disease include:

What imaging tests are used for Parkinson's?

Besides your doctor’s examination, you might have an imaging test such as a brain MRI. This does not show that what you have is definitely Parkinson’s disease, but it screens for any structural abnormalities that could cause similar symptoms.

What is a DaTscan?

Another imaging test is called a DaTscan. A DaTScan examines the integrity of the dopamine system by scanning the brain after injection of a dye through the vein and watching it bind to the neurons that secrete dopamine.

Although a positive DaTScan alone is not enough to diagnose Parkinson’s – because other diseases and conditions can produce a positive result – it can help support the clinical diagnosis.

What are other tests used for Parkinson's?

Other scans include PET scans and functional MRI, which show brain activity. However, these are not widely used for diagnosis and are primarily used in the research setting.

Unfortunately, there is no simple test for Parkinson’s, such as a blood test.

How often should I see my doctor if I have Parkinson's?

If you do have Parkinson’s, your doctor will probably like to see you anywhere from 3-6 months based on your symptoms, to evaluate your symptoms and monitor treatment response.

After learning you have Parkinson’s however, your first question might be, “How long will I live?” In general, Parkinson’s is a disease that gets worse slowly, so most people live about as long as normal.

Recently, researchers found that Parkinson’s tends to shorten life expectancy by about one year.

With advancing Parkinson’s, it is important to reduce the risk of falls and screen for swallowing issues – both of which place patients at risk for life threatening injury such as hip fractures, or infections such as aspiration pneumonia.

What can affect how long I live with Parkinson's?

Parkinson’s affects each person differently. For example, people who get Parkinson’s at younger ages tend to live with it longer and have a slower progression.

The presence of cognitive impairment, depression, anxiety, and hallucinations can also be seen in someone with longstanding Parkinson’s, along with other non-motor symptoms such as constipation, blood pressure fluctuations, urinary problems, and sleep disorders which can affect their quality of life.

What does Parkinson’s disease mean for me? How long will I live?

How long you live might depend on how well your symptoms are controlled. Talk to your doctor about the best treatments to manage symptoms and slow down the disease.

Once you have it, Parkinson’s is a lifelong condition. But with the right care, you can make the most of your abilities and live as fully as possible.

This slide show describes how doctors diagnose Parkinson’s disease (PD) by completing a medical history and a physical exam to assess signs and symptoms. It also explains the symptoms of PD, imaging tests, how often you should see your doctor, and the outlook for life with PD.

Click here to take our SURVEY
Your feedback is important to us! We will use your feedback to develop future areas of content about Parkinson's disease which will help other patients, caregivers and families. 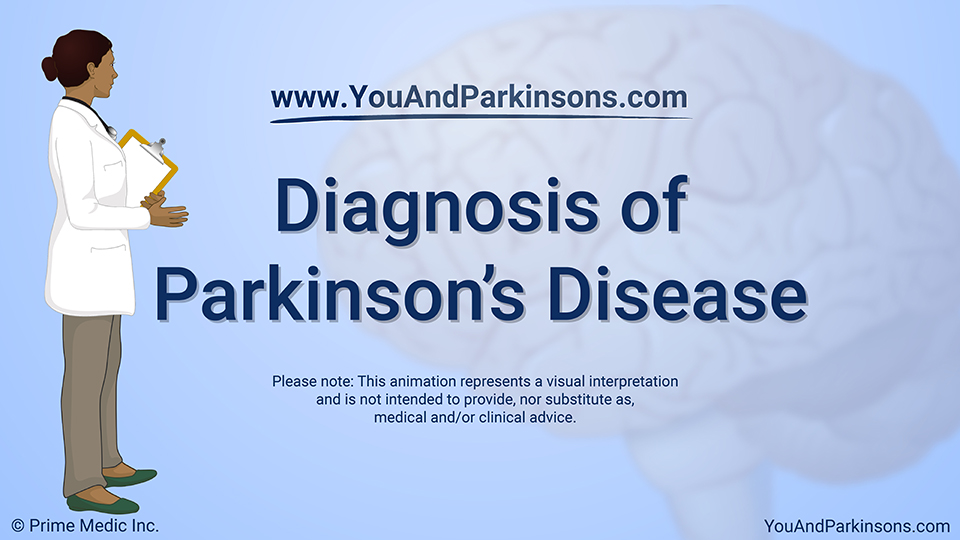 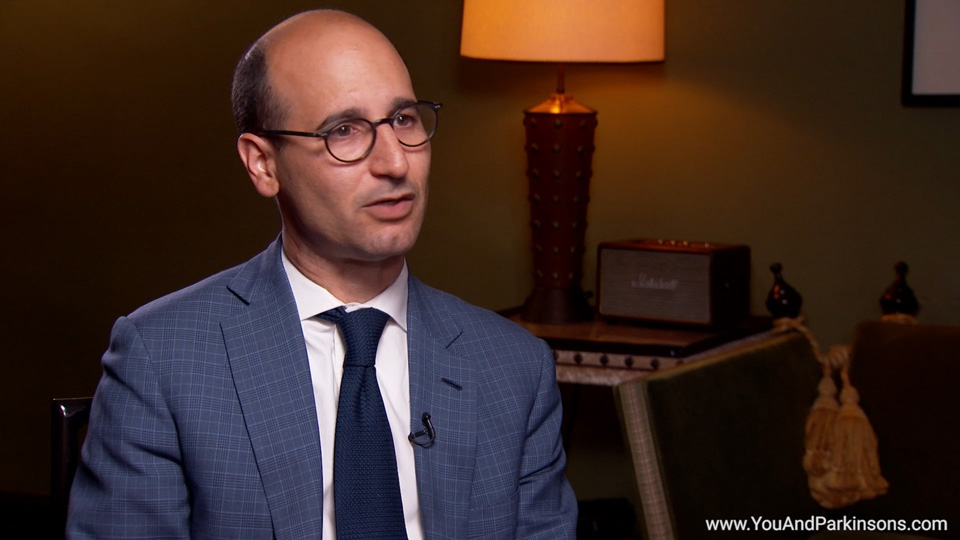 1. What are the symptoms of Parkinson's disease and how is it diagnosed? 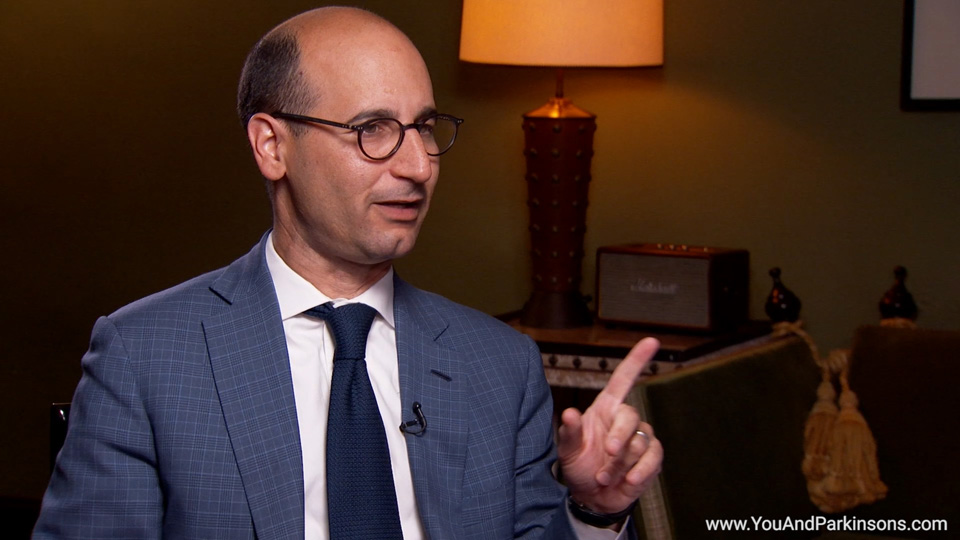 2. Are there any red flags that suggest a Parkinson's diagnosis? 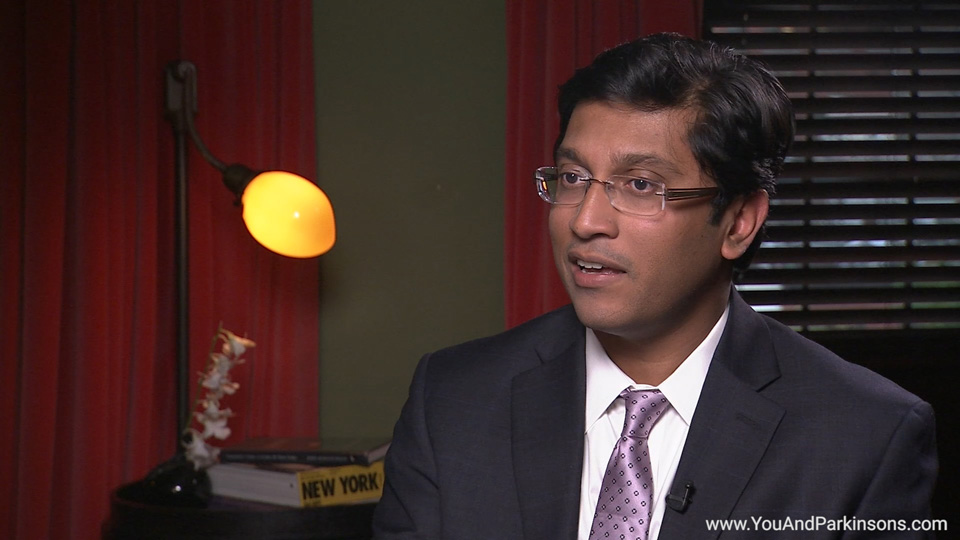 3. What tests are used to differentiate Parkinson's disease from other similar conditions? 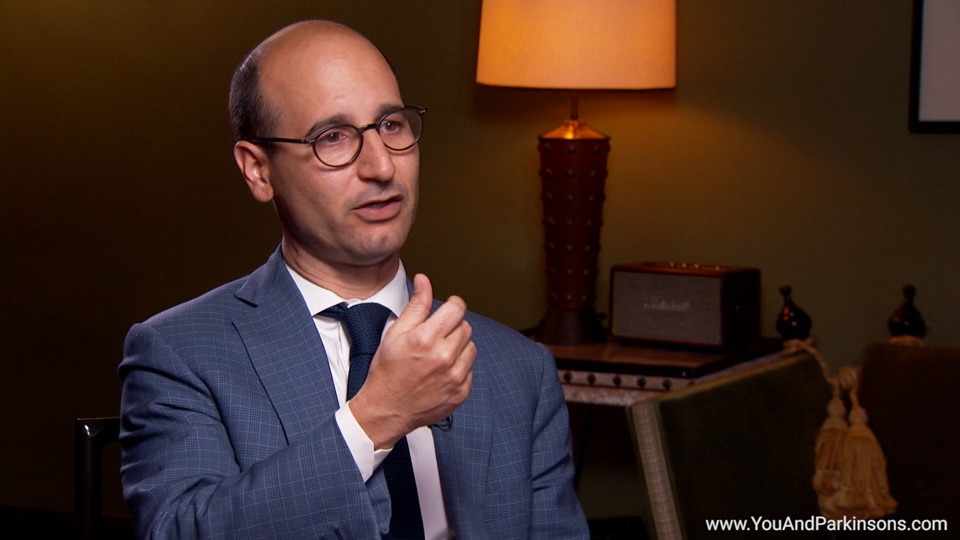 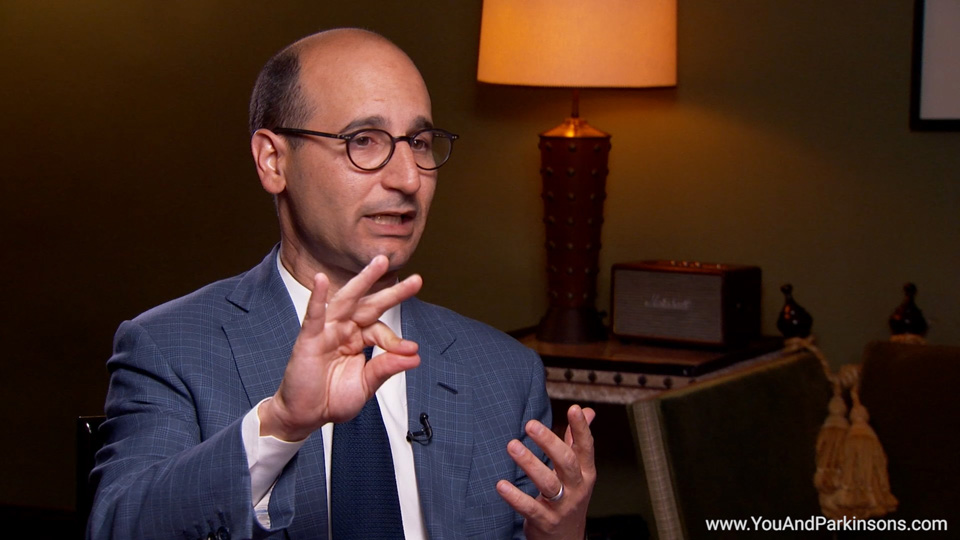 5. What happens during a physical exam for Parkinson’s? 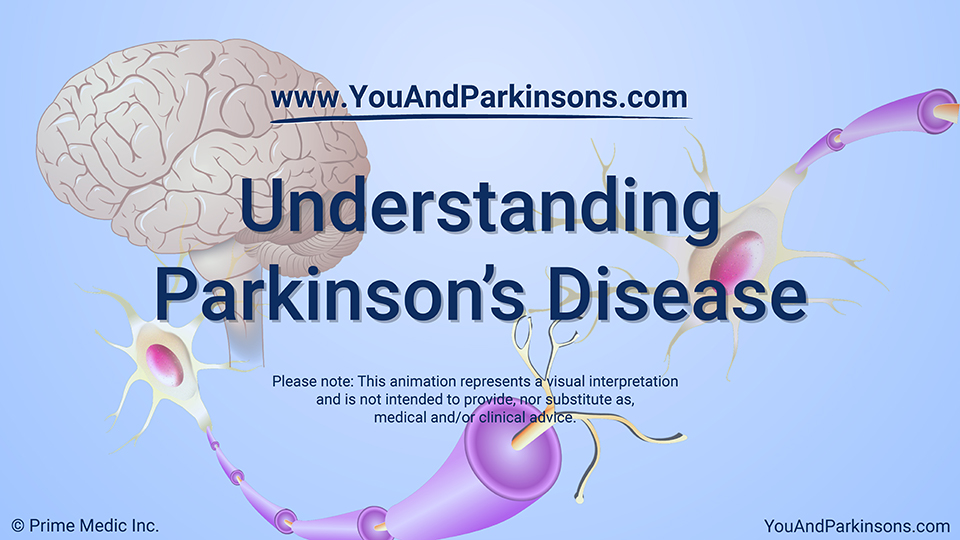 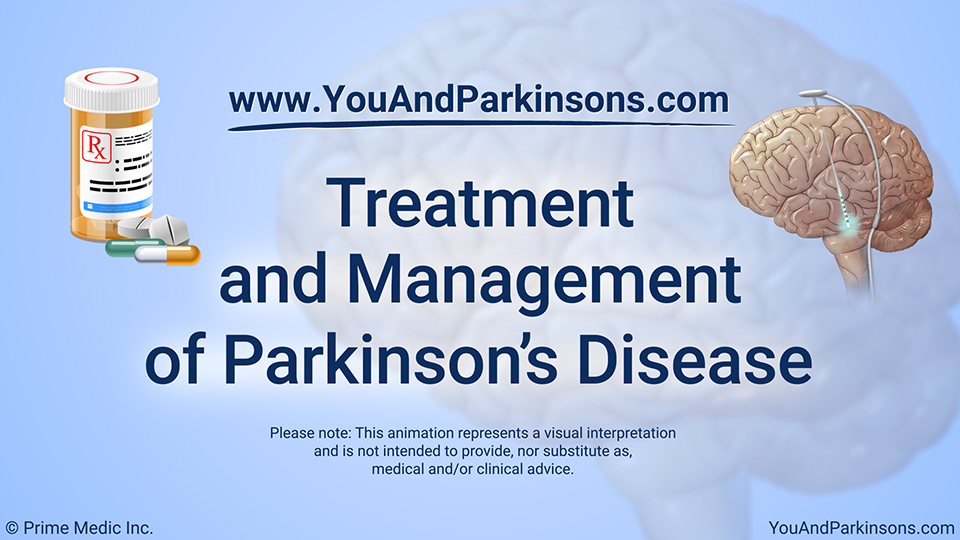 Treatment and Management of Parkinson’s Disease

Jointly provided by the Annenberg Center for Health Sciences at Eisenhower and Prime Medic Inc., in collaboration with Postgraduate Institute for Medicine.

This activity is supported by independent educational grants from AbbVie Inc. and Acorda Therapeutics Inc.

This website is part of the Animated Patient™ series developed by Prime Medic Inc., to provide highly visual formats of learning for patients to improve their understanding, make informed decisions, and partner with their healthcare professionals for optimal outcomes.